0 0 Tuesday, 15 April 2014 Edit this post
The birth of a girl in an Indian family is considered to be the arrival of Goddess “Lakshmi”. India is a home to many successful women. Prima facie, India appears as a country which gives equal rights and opportunities to women. However, statistically, the reality is quite different.

India is the “fourth most dangerous country in the world for women and the worst country for women among the G20 countries” (via Thompson Reuters). 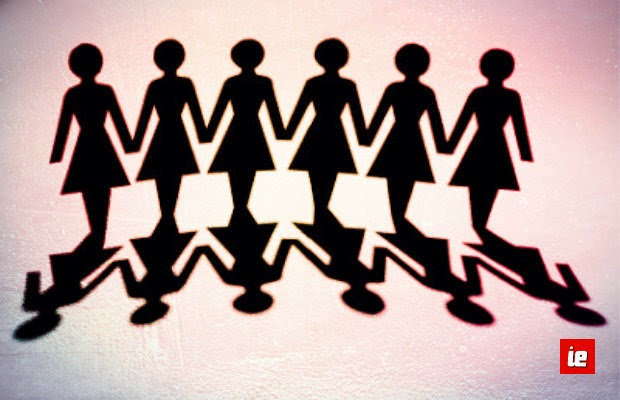 Furthermore, as per the National Crime Records Bureau, in India “a crime against a woman is committed every three minutes, a woman is raped every 29 minutes, a dowry death occurs every 77 minutes, and one case of cruelty committed by either the husband or relative of the victim occurs every nine minutes”.

Not to forget, nearly 35 per-cent of the females in the country are illiterate.

After more than 6 decades of independence, India still needs an overhaul of it’s policy on gender equality. While our policy makers should be prioritizing the task of making India more progressive and women-friendly, what we hear is outrageously regressive statements and views from our leaders. It’s as if the modern India is still being ruled by the leaders teleported from the 18th century.

[Warning: The amount of sexism may raise your bood-pressure]

Narender Modi-led Bhartiya Janta Party (BJP) claims to have an idea to transform India into a global superpower. But does this plan also include equal opportunities for women?? His party’s Manifesto failed to address that question, which is a shame as,

“India’s economic growth rate could make a “quantum jump” of 4.2 percentage points if women were given greater opportunity to contribute to professional life”.

Through the above examples, we can see how policymakers fail to acknowledge the role of women in the development of the country. Or, even if they do in their fiery speeches – very less of that actually translates into concrete action.

Lack of Effort and the Failing Judicial System

After the Nirbhaya case, the Government of India set a “Nirbhaya fund” in February 2013. Finance Minister P. Chidambaram announced a Rs 1000 Crore sum to improve women’s safety in the country. However, it’s been more than a year since the fund was set up and sadly, statistics show since the Nirbhaya case, molestation and rape incidents have only increased. Not only they haven’t used that fund, in the next budget they’ve already allotted another 1000 crore.

What do you understand form this? Allotting funds to silent the protestors – but letting those funds rot due to lack of work – or even the will work in this direction. May be the govt is so busy in elections related politics that they don’t even have time to start utilising the Nirbhaya fund.

India has laws that give equal rights to women, protect them from domestic violence and prohibit prostitution. But the laws are rarely followed. The infrastructure is rarely present to implement these laws.

Furthermore, even when crimes are committed against women, judicial process is so slow that courts take a long course in coming to conclusion. At times, the punishment given to an individual is nowhere near what his actions deserve. For example, the juvenile involved in the Nirbhaya case will only serve three years in the juvenile jail. What kind of message does it send to the public and potential offenders?

Fast-track courts are there but their legitimacy is still questionable.

Not to forgot, in rural areas, crimes against women even go unreported on a large scale.

Discriminating women is all about power- it’s about proving them inferior.

“It’s a miracle a woman survives in India. Even before she is born, she is at risk of being aborted due to our obsession for sons,” said Shemeer Padinzjharedil, who runs a website which maps and documents crimes against women.

“As a child, she faces abuse, rape and early marriage and even when she marries, she is killed for dowry. If she survives all of this, as a widow she is discriminated against and given no rights over inheritance or property.”

There is a stereotype in India that men are the dominating class and women are only meant to bore children and look after the household. Even if such mindset is not overtly expressed – it always forms the foundation of general perception of our society.

The point is, politicians like Mulayam Singh belong to the medieval world. Sexist attitude should be serious enough to permanently end political careers. They can’t imagine women doing anything other than staying at home and looking after the family. We need more strict laws and enlighten the rural and illiterate men to treat the women equally. It will take years but somewhere and at some point, it needs to start.

I am a student who likes writing, football and politics. My twitter handle is @suryasolanki12, albeit it needs to be point out I truly despise social media.